Copy of Memorandum given to the CPMG,AP circle,Hyderabad on Staff Problems 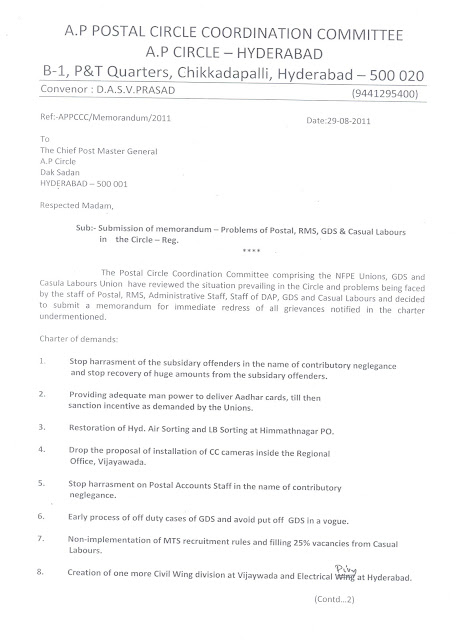 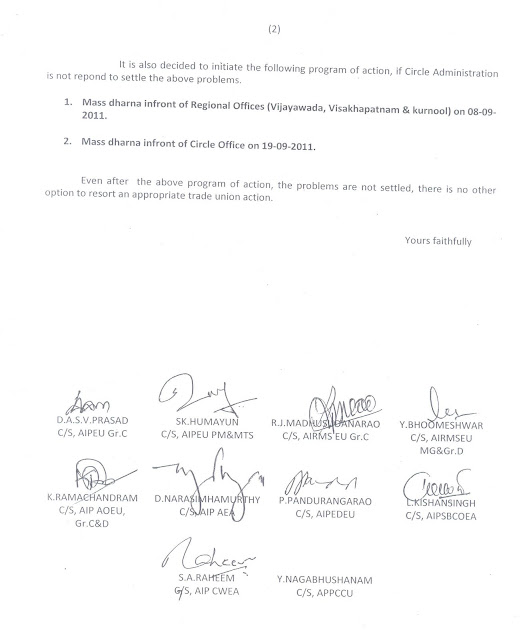 Posted by aipeup3ap.blogspot.in at 3:15 PM No comments: 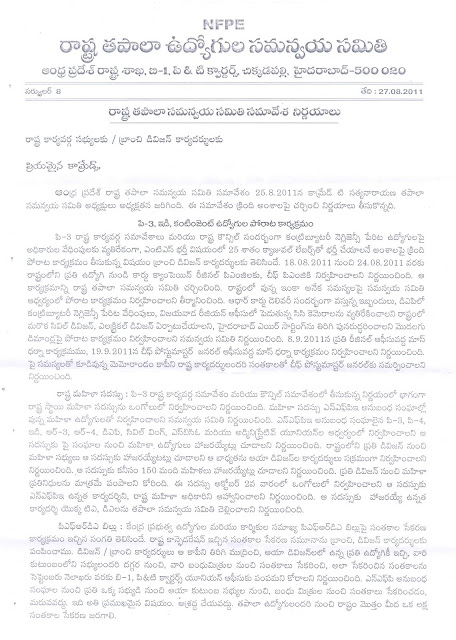 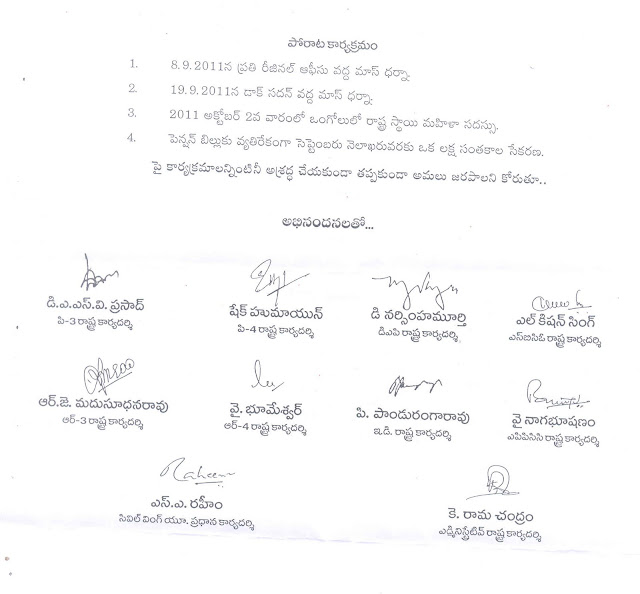 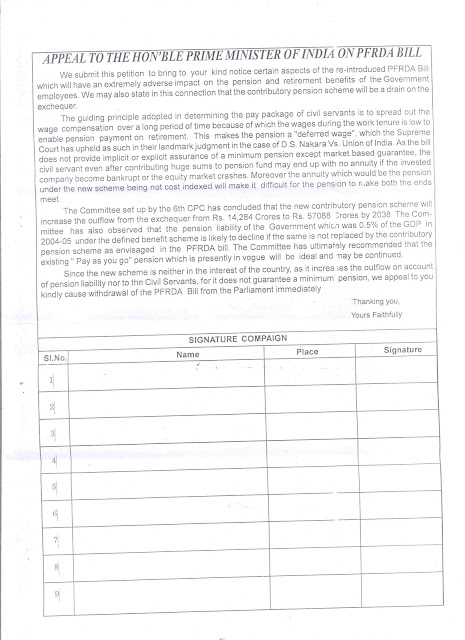 Posted by aipeup3ap.blogspot.in at 9:37 AM No comments: 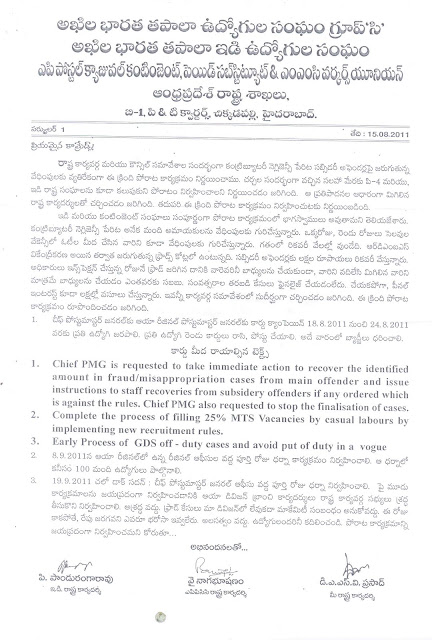 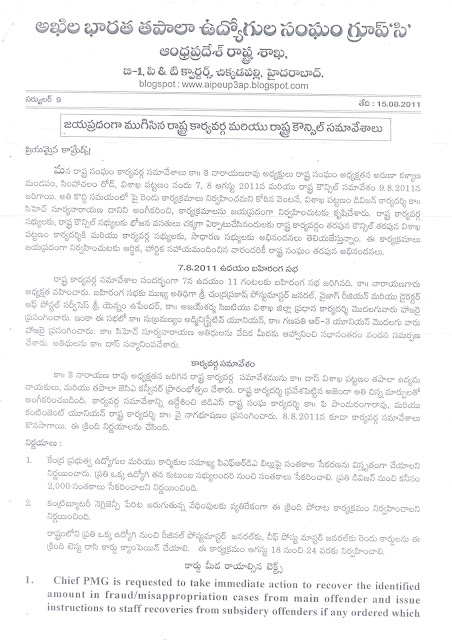 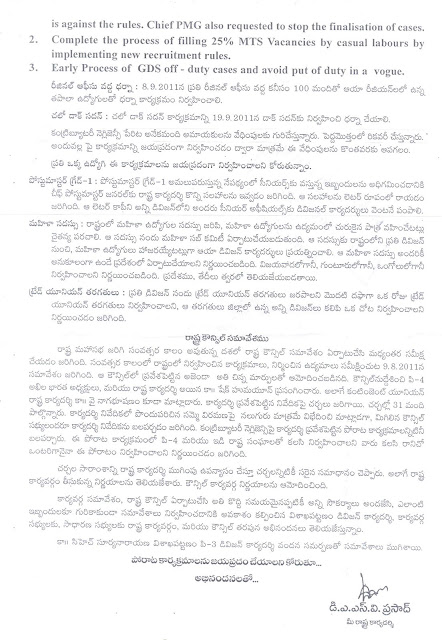 Posted by aipeup3ap.blogspot.in at 1:12 PM No comments:

Resolution Passed by the Circle Council Meeting at Visakhapatnam 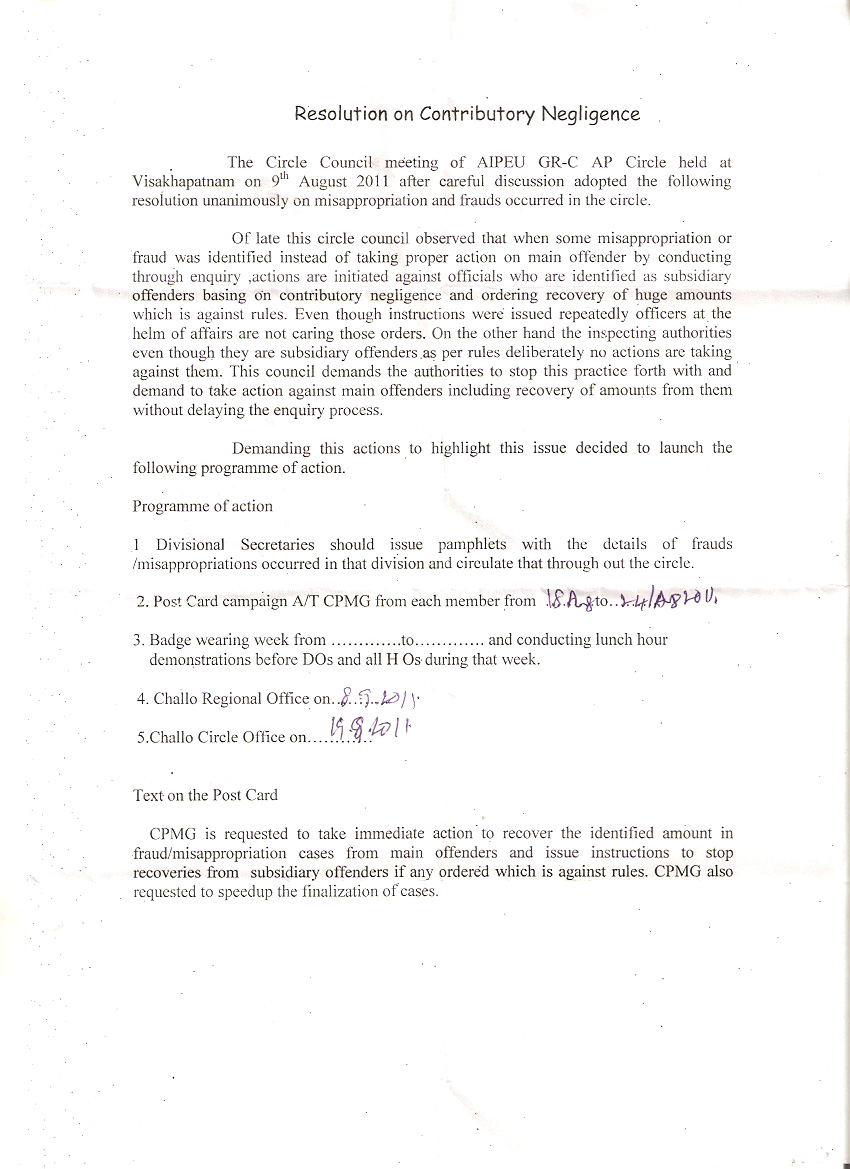 Posted by aipeup3ap.blogspot.in at 7:47 PM No comments:

Grant of officiating Pay and Allowances to Selection Grade officials 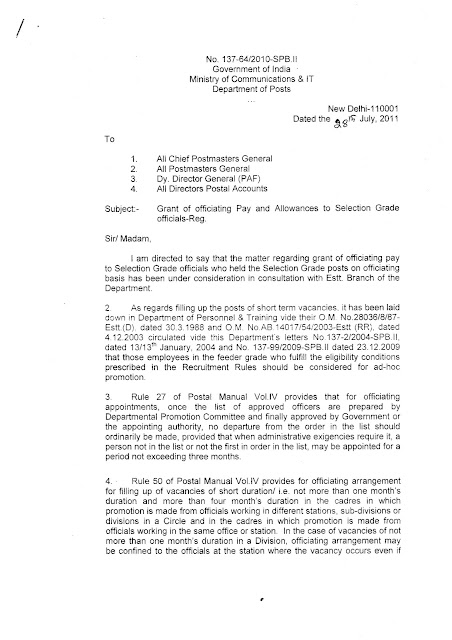 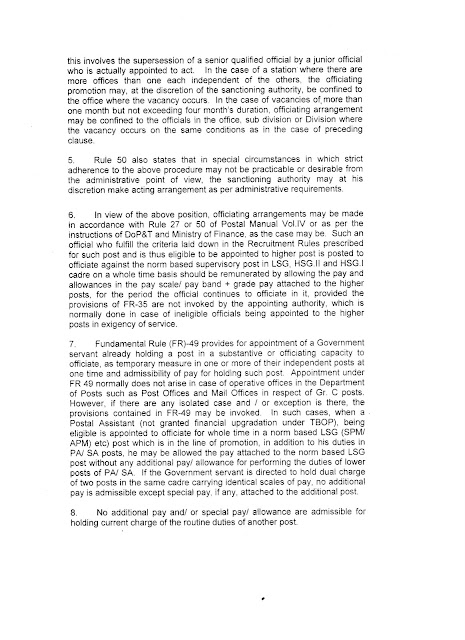 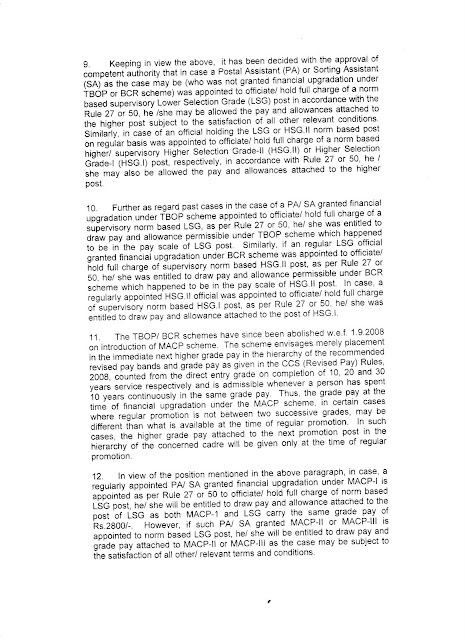 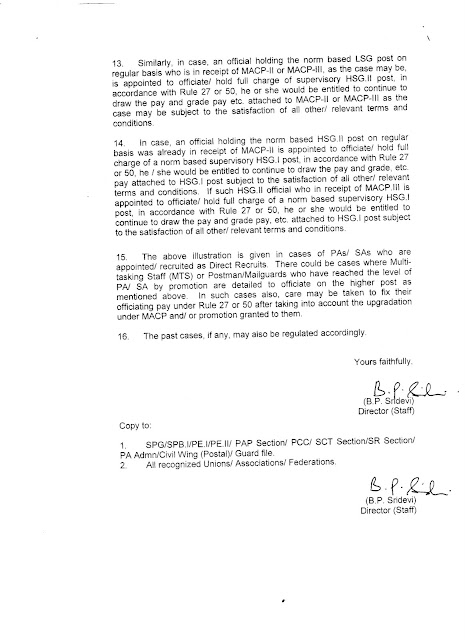 Posted by aipeup3ap.blogspot.in at 7:36 PM No comments:

Grant of leave to the staff working under HSG.I Postmaster 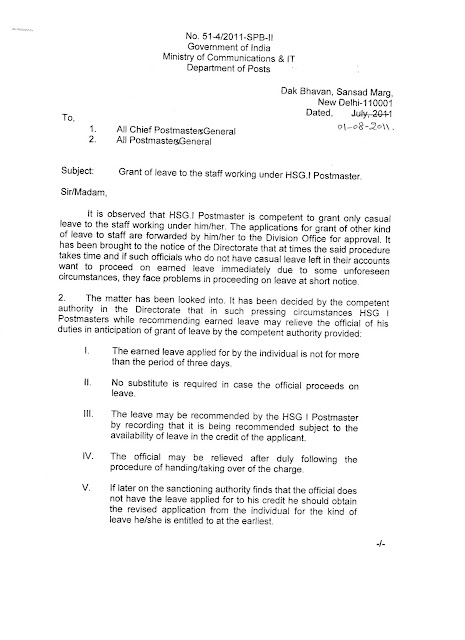 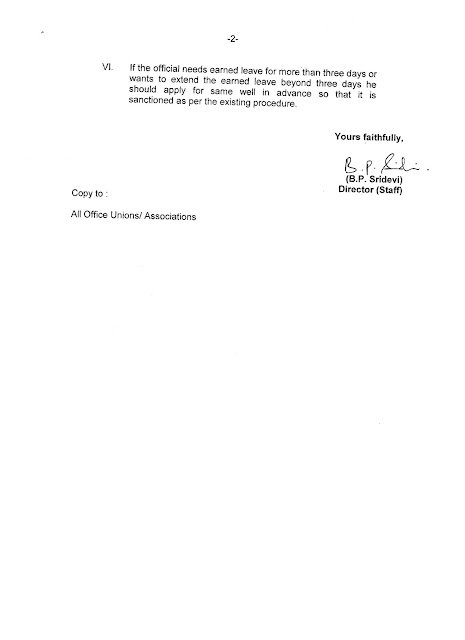 Posted by aipeup3ap.blogspot.in at 7:29 PM No comments:

Dear Comrades,
Postal Directoarate issued orders vide memo No.4-16-2002-SPB-II Dt. 01.08.2011 to continue the adhoc promotions made in the cadre of HSG-I up to 19th November 2011 or finalisation of Recruitment Rules or Regular arrangements made which ever is earlier.
Click here to get the order copy
Posted by aipeup3ap.blogspot.in at 7:23 PM No comments:


Subject: SCHEME FOR ENGAGEENT OF GDS ON COMPASSIONATE GROUNDS-                MERIT POINTS AND PROCEDURE FOR SELECTION – REVISED PROVISIONS THEREOF.
Attention of all concerned is invited to this Directorate letter of even number dated 14 Dec 2010 under which the scheme for engagement of GDS on compassionate grounds with merit points & procedure for selection was circulated and made effective for all the compassionate engagement cases to be considered on or after 01.01.2011
2. The Scheme has recently been reviewed in this Directorate and in partial modification to the existing provisions contained in Para 7 of the Scheme, the following revised provisions may be substituted:-
(a) The existing ceiling of 10% is removed. All requests for compassionate engagement would be considered by the Circle Relaxation Committee on application of the relative merit points prescribed in this Directorate letter dated 14.12. 2010 in hard and deserving cases only subject to availability of the vacancy for the purpose & fulfillment of the terms and conditions of the GDS post. The term "hard and deserving cases" would mean cases over and above 50 merit points.
(b) All cases that are more than 5 years old or in which there is/are earning members(s) in the joint families hithertofare considered initially by the Circle Relaxation Committee and prescribed to be referred to this Directorate for approval would also be decided by the Circle Relaxation Committee concerned without further reference to this Directorate.
(c) All other provisions contained in the Scheme dated 14.12. 2010 shall continue to apply as already prescribed and all compassionate engagement shall be approved within the ambit of the prescribed Scheme only.
3. The revised provisions shall take effect from the date of application of the original Scheme. However, no past case decided in accordance with the original scheme prior to issue of this order shall be reopened. All cases lying undecided for whatever reasons may be decided only by the Circle Relaxation Committee without any further reference to this Directorate.
Sd/
(Surender Kumar)
Asst. Director General (GDS)