Posted by aipeup3ap.blogspot.in at 12:51 PM No comments:

Circular in connection with 29th AIC

Click here to down load the circular
Posted by aipeup3ap.blogspot.in at 12:47 PM No comments:

29-4-2013Gate Demonstrations by all CG Employees


As you are aware, the Government in reply to a question raised in the Parliament has stated that setting up of the 7th Central Pay Commission for effecting wage revision of central Government employees is not presently under its consideration. You will recall, that a similar statement was made by the then Finance Minister, when the demand for setting up the 6th CPC was raised by the employees. The Joint movement of the Central Government employees, for which we created the platform of the Steering Committee of the organizations participating in the JCM under the leadership of Late Com. J.P. Chaubey, the then General Secretary of All India Railway men Federation could ensure that the Government rescind its stand then and set up the 6th CPC. The real value of wages determined by the 6th CPC has now been eroded to the extent of above 100% due to the unprecedented inflation in the economy and spiraling rise in the prices of essential commodities. While the Government permits wage negotiation and revision in the fully owned Public Sector Undertakings every five years, the denial to revise the wages of Central Government employees despite such large scale erosion in the real value of wages is absolutely unjustified.


The Government had been persisting with the enactment of the PRFDA Bill in the Parliament in almost all sessions ever since the UPA II Government took over. Ironically they could elicit support from the main Opposition Party in the country for this ill advised enactment. Lakhs of new workers who have joined in various organizations of the Government since2004 are worried of their future, which is forlorn and bleak, in the wake of the denial of an age old social security scheme of Pension. We have been together opposing this move right from the day, the NDA Government introduced the bill in the Parliament in 2003. However, our efforts, actions and objections have all been ignored with disdain by the Government. Though they could not muster enough support required to pass the bill in the Parliament, the Union Cabinet has recently taken the decision to allow 49% FDI in the pension fund.


We are to channelize our efforts through a wider platform of Unity. Efforts are on anvil to bring about such a platform. In the meantime, we have decided to call upon all Units and Branches of AiRF, Confederation and AIDEF to organize Demonstration on 29th April, 2013. in front of all offices and send the following telegram to the Prime Minister.

TEXT OF THE TELEGRAM


WITHDRAW PFRDA BILL AND SET UP THE 7TH CPC

Posted by aipeup3ap.blogspot.in at 9:50 PM No comments: 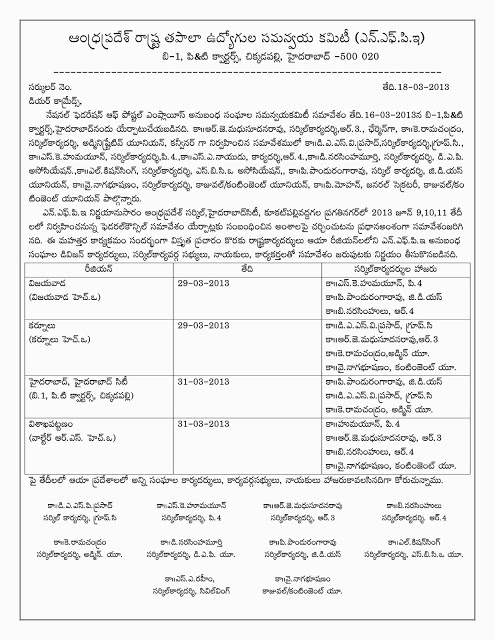 Posted by aipeup3ap.blogspot.in at 4:44 PM No comments:

Click here to get the order
Posted by aipeup3ap.blogspot.in at 11:20 AM No comments: 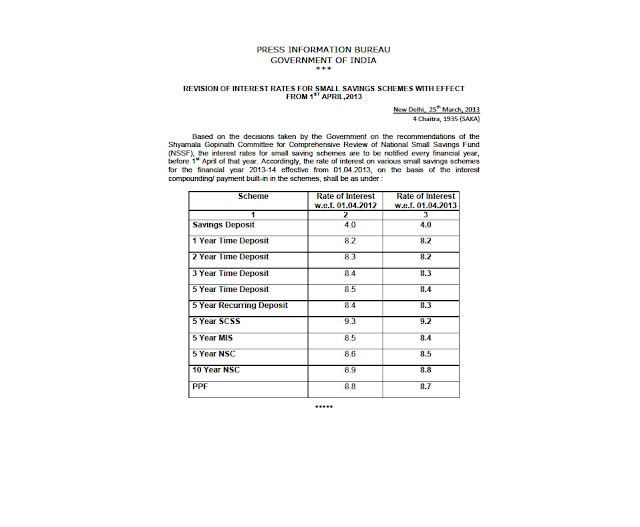 Posted by aipeup3ap.blogspot.in at 8:50 PM No comments:

Posted by aipeup3ap.blogspot.in at 7:11 PM No comments:

GOVERNMENT OF INDIA
MINISTRY OF  PERSONNEL,PUBLIC GRIEVANCES AND PENSIONS
RAJYA SABHA
UNSTARRED QUESTION NO-2693
ANSWERED ON-21.03.2013

Recovery of dues from a Government servant

2693 . CHAUDHARY MUNABBAR SALEEM
(a) whether Cooperative Societies dues can be recovered from the Death-cum-retirement Gratuity, pension and other retirement benefit of Government servant;
(b) if so, under which rules and conditions; and
(c) if not, the reasons therefor?
ANSWER
Minister of State in the Ministry of Personnel, Public Grievances and Pensions and Minister of State in the Prime Minister’s Office. (SHRI V. NARAYANASAMY)
(a) to (c): In accordance with CCS(Pension) Rules, 1972 “Government dues as ascertained and assessed by the Head of Office which remain outstanding till the date of the retirement of the Government servant, shall be adjusted against the amount of the retirement gratuity or death gratuity becoming payable”. The expression ‘Government dues’ including dues pertaining to Government accommodation, a balance of house building or conveyance or any other advance,overpayment of pay and allowance or leave salary and arrears of income taxdeductable at source under Income Tax Act, 1961. In CCS(Pension) Rules, there is no provision to recover Cooperative Societies dues from Death-cum-retirement Gratuity, pension and other retirement benefits of the Government servant.

Dear Comrades,
COPT in its order No.1/44/2009-IR  dated 22/03/2013 intimated that Department of Posts is launching Electronic Indian Postal Order facility, which can be utilised by the RTI applicants by sending their application through electronic mode. Details can be obtained by clicking the order.

Click here to get the order
Posted by aipeup3ap.blogspot.in at 4:14 PM No comments:

Dear Comrades,
Postal Directorate has been issued clarification regarding declining the promotion to the cadre of Postmaster Grade-I vide Memo No.93-06/2012-SPB-II dated 11/03/2013.

Click here to get the order copy
Posted by aipeup3ap.blogspot.in at 9:46 PM No comments:

Dear Comrades,
Department of Pensions and Pensioners Welfare had issued clarification regarding revision of pension sanctioned under Rule 69 of CCS pension rules 1972 vide memo No.38/6/2010-P&PW-A(Pt.) dated 18/03/2013. Click the below link to get the order copy

Click here to get the order
Posted by aipeup3ap.blogspot.in at 9:32 PM No comments:

Dear comrades,
It is known from reliable sources that CMC who is conducting examination for recruitment of PAs/SAs posts on behalf of India Post on 21-4-2013 has been dispatched Hall permits to all the candidates  by post. Those who have not received Hall permits, they can down load from the website from 8-4-2013on wards.
DASV Prasad
Circle Secretary
Posted by aipeup3ap.blogspot.in at 7:24 PM No comments: