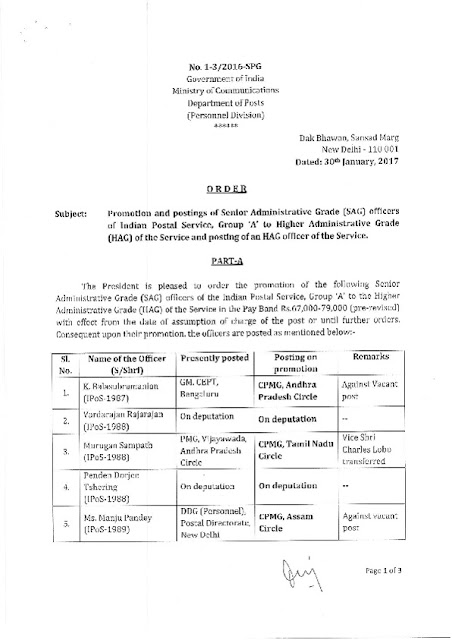 Posted by aipeup3ap.blogspot.in at 2:23 PM No comments:

SUBJECT: INCOME-TAX DEDUCTION FROM SALARIES DURING THE FINANCIAL YEAR 2016-17 UNDER SECTION 192 OF THE INCOME-TAX ACT, 1961.

B. Rates of tax for every individual, resident in India, who is of the age of sixty years or more but less than eighty years at any time during the financial year:

C. In case of every individual being a resident in India, who is of the age of eighty years or more at any time during the financial year:

Posted by aipeup3ap.blogspot.in at 2:24 PM No comments:

NJCA
National Joint Council of Action
4, State Entry Road New Delhi – 110055
No.NJCA/2017
Dated: January 19, 2017
All the Constituents of
National Council(JCM)
Dear Comrades,
Sub: Brief of the meeting held today with the Cabinet Secretary
A meeting was held today with the Cabinet Secretary, Government of India, wherein myself as well as Com M.Raghavaiah were present.
We explained him about various Issues of the Central Government Employees pending at the government level The main issues were NPS, Minimum Wage and Fitment Formula, Allowances, Pension and Very Good Benchmark, etc. etc.
The Cabinet Secretary informed us that, Pension issues have already been referred to the Cabinet, and the report of the Committee on Allowances is likely to be submitted in the next month. So far as issue of NPS is concerned, he has already directed the committee to hold a meeting with the Staff Side, which has already been fixed for 20th January 2017, The issue of Minimum Wage and Fitment Formula is also being vigorously pursued by the government.
He said that, inordinate delay was because of the various problems, but the intention of the government is very clear that, they want to resolve the problems of the Central Government Employees.
He also advised us to have patience for some time and given us an assurance that he would try to get resolved pending issues of the Central Government Employees as early as possible.
Comradely yours,
(Shiva Gopal Mishra)
Convener
Extracts from sapos.blogspot.in
Posted by aipeup3ap.blogspot.in at 11:10 AM No comments: 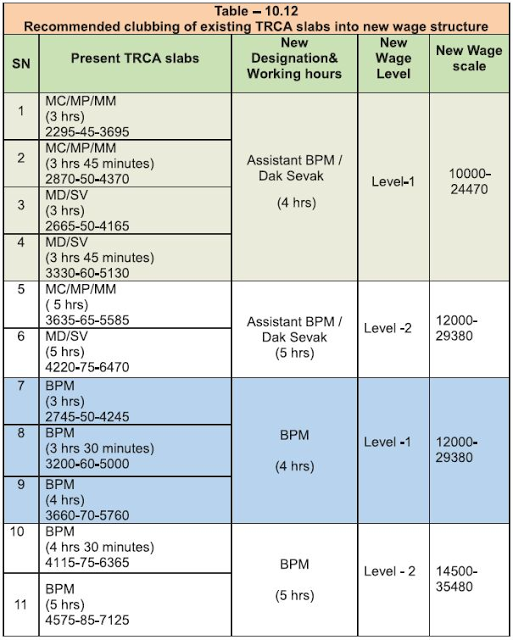 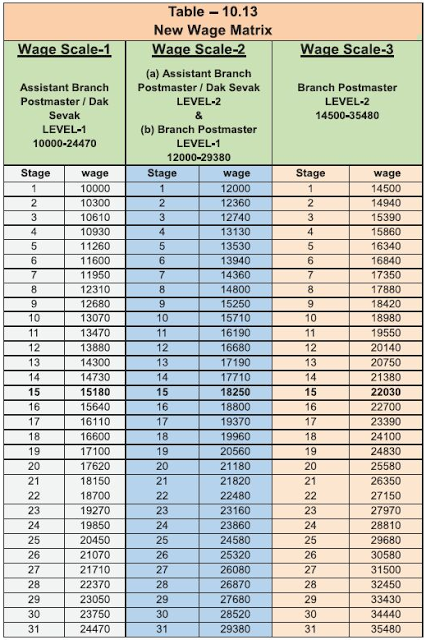 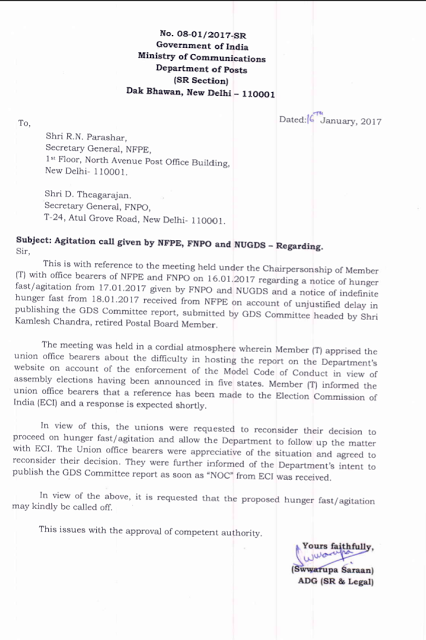 Posted by aipeup3ap.blogspot.in at 9:38 AM No comments: 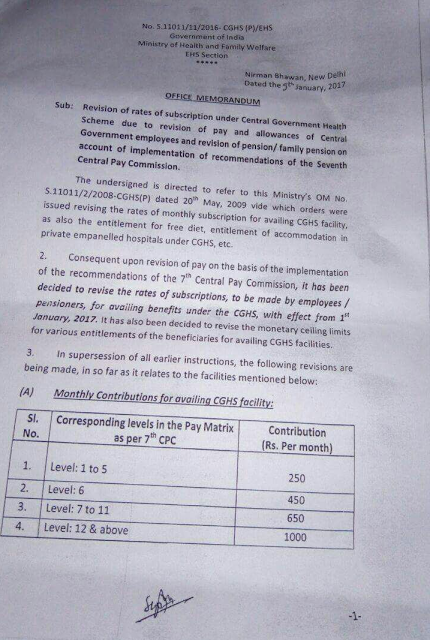 Posted by aipeup3ap.blogspot.in at 10:54 AM No comments:

Sub: -  Unjustified delay in publishing the GDS Committee Report - Serving notice for commencement of indefinite hunger fast in front of Dak Bhawan from 18.01.2017 – regarding.
Sir,

We regret to note that inspite of the categorical assurance given by Secretary, Department of Posts to this Federation, the Report of the GDS Committee headed by Shri Kamalesh Chandra, Retired Postal Board Member, Submitted on 24.11.2017 is not yet published by the Department. We suspect some foul play behind this unjustified delay.

Earlier GDS Committee reports were published on the same day of submission to Department. Even the 7thPay Commission Report was published in the Government of India website, within seconds after its submission to union Finance Minister. GDS Committee report is not a secret or confidential report. We are at a loss to understand why the department is not publishing it, even after a lapse of one and a half months after the date of submission. It seems that the Department is not ready to respect the sentiments of about three lakhs GraminDakSevaks who are the real backbone of the Postal Department. We also suspect that there is a calculated move on the part of the Postal Board to belittle the credibility of the Union/Federation leadership among the employees. We cannot allow such a situation to continue anymore. The whole hearted cooperation and commitment extended by the Postal employees and this Federation for improving the productivity and efficiency of the Postal Services cannot be misunderstood. We are forced to reconsider our stand and to come out openly against this indifferent and negative attitude of the Postal Board.

We hereby give notice to you that as a mark of our strong protest against the unjustified and inordinate delay in publishing the GDS Committee Report, the Secretary General NFPE and the General Secretaries office bearers of affiliated Unions/Associations shall commence INDEFINITE HUNGER FAST in front of Dak Bhawan from 18thJanuary 2017. We further like to make it clear that if the department fail to publish the report forthwith, we will be compelled to resort to higher form of Trade Union action including stoppage of work without any further notice.

We hope that good sense will prevail upon the Postal Board and immediate necessary action will be taken, before the situation goes from bad to worse.

With regards
Yours faithfully,

EXTRACTS FROM nfpe.blogspot.in
Posted by aipeup3ap.blogspot.in at 5:00 PM No comments:

Orders of change of Holiday 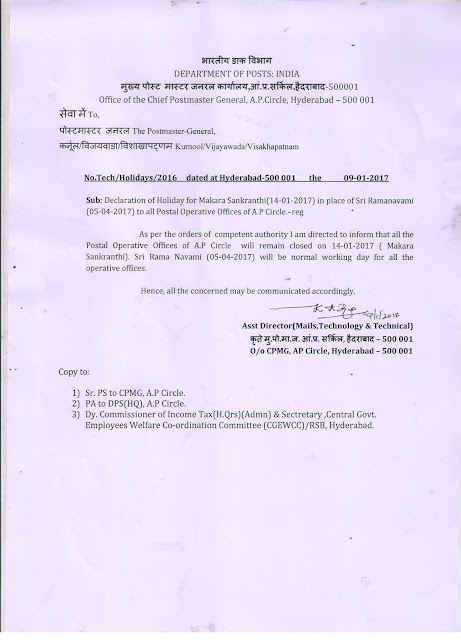 The Chf.Postmaster General, AP Circle has approved the change of Holiday from Sri Ramanavanmi (05-04-2017) to Sankranthi (14-01-2017)
Orders copy will be posted shortly.

Posted by aipeup3ap.blogspot.in at 2:33 PM No comments: 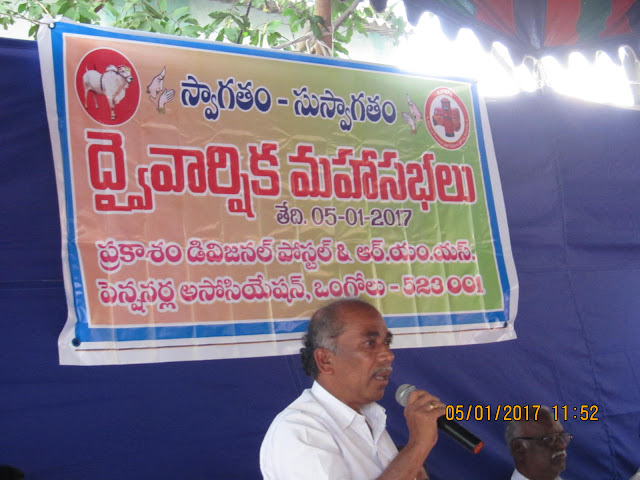 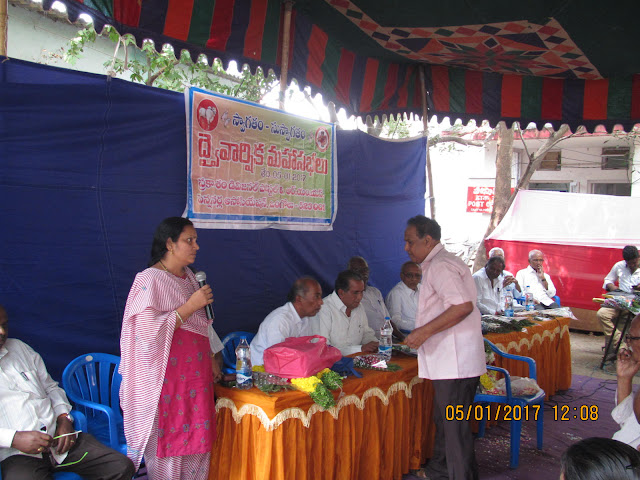 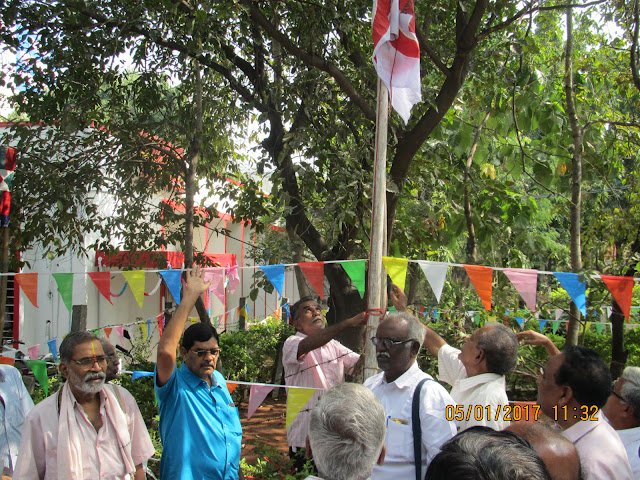 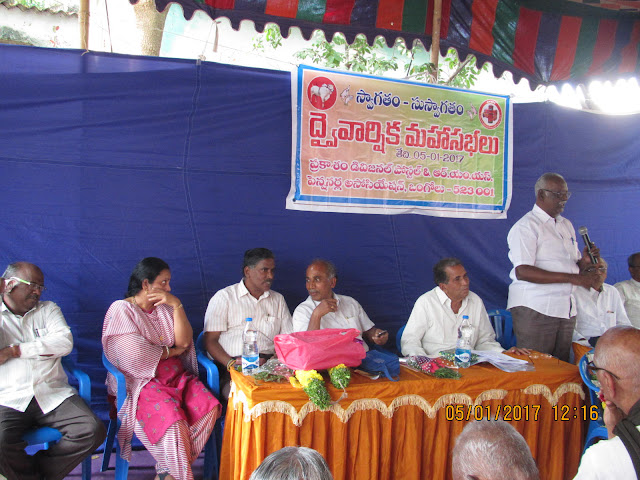 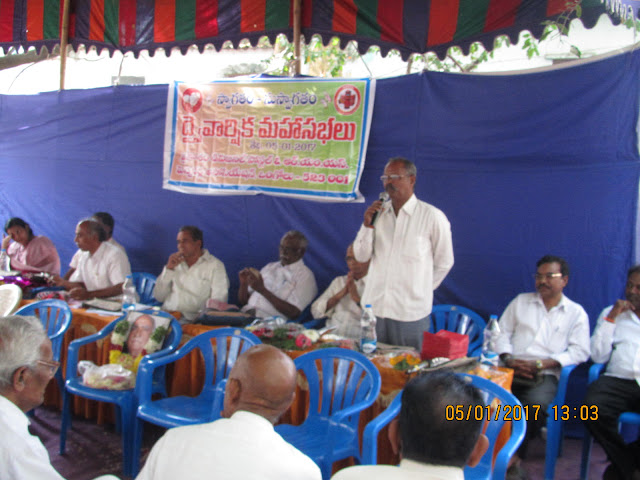 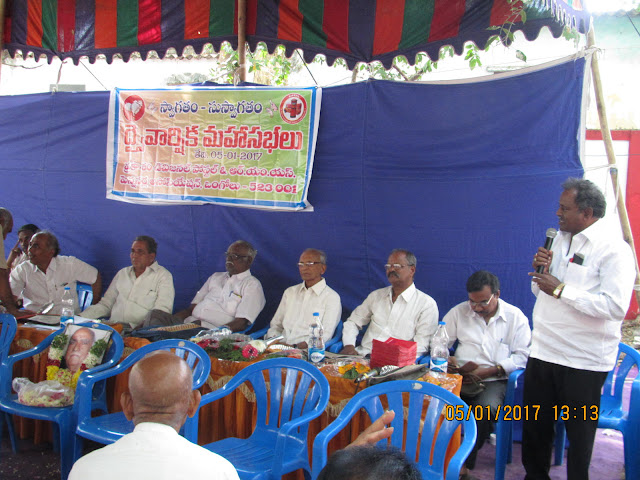 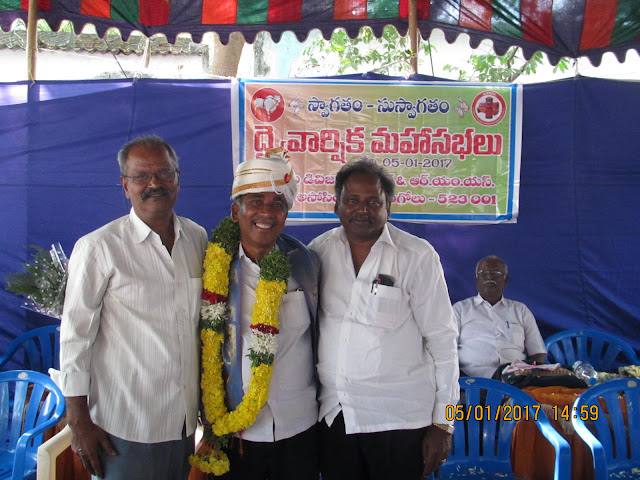 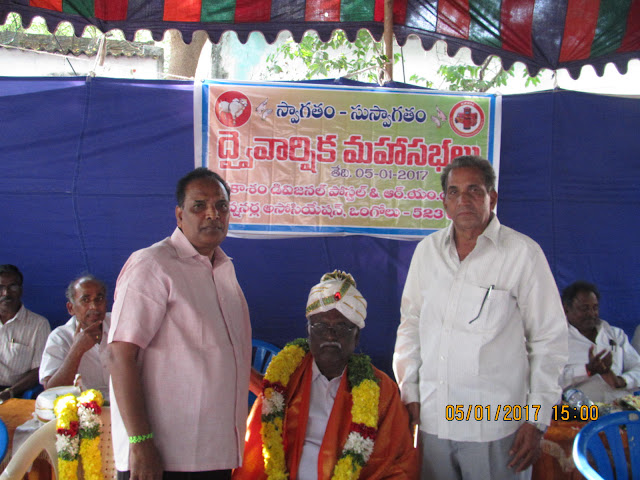 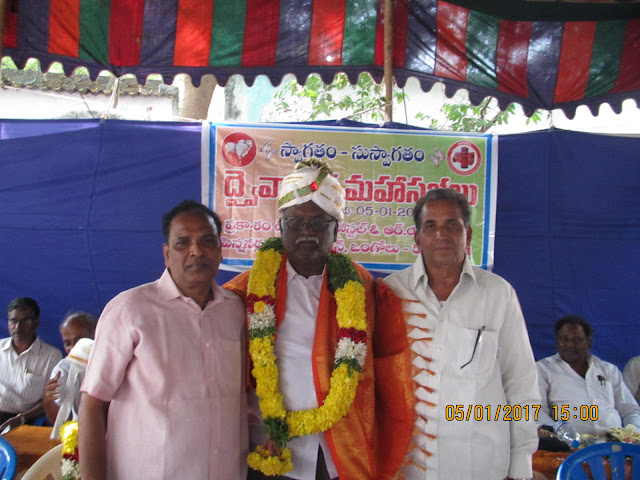 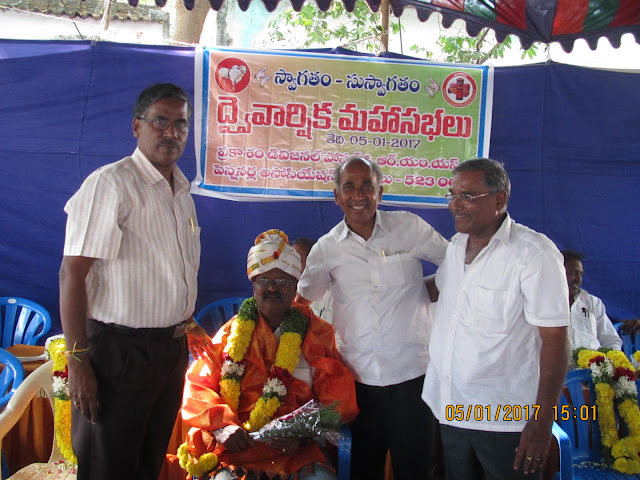 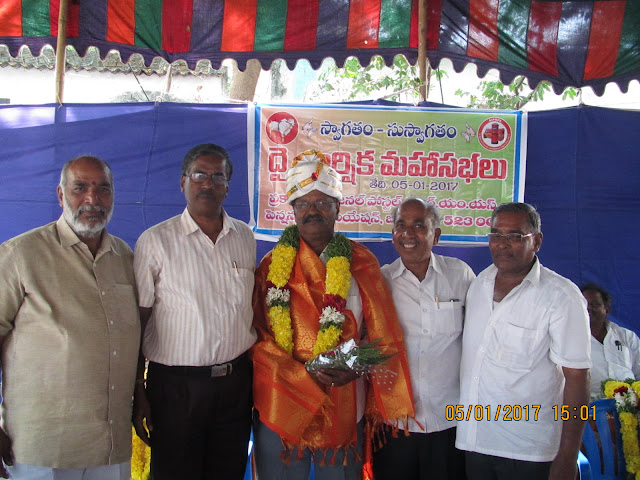 Posted by aipeup3ap.blogspot.in at 7:46 PM No comments: 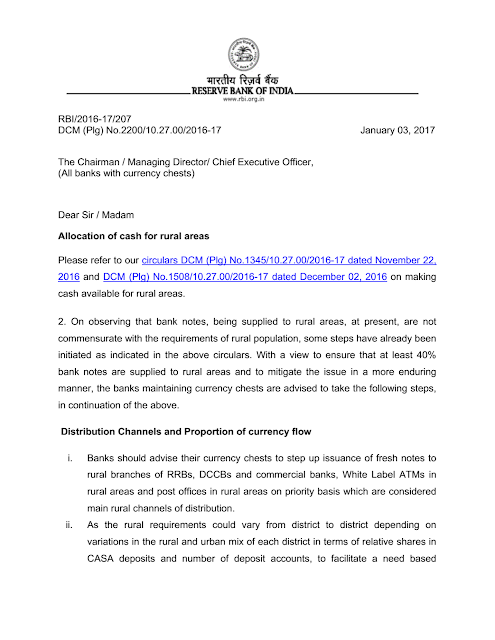 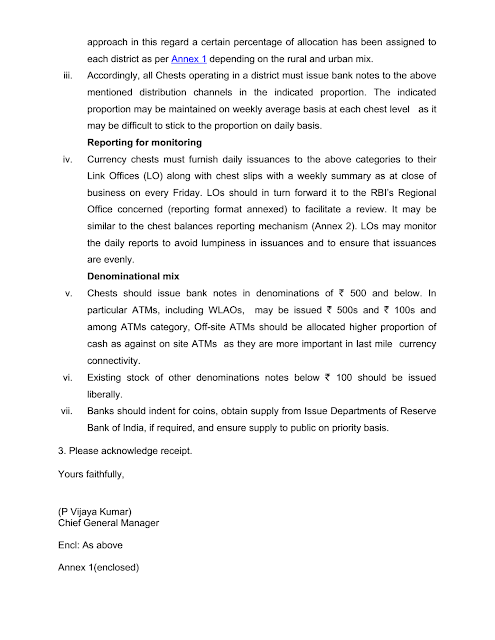 Posted by aipeup3ap.blogspot.in at 9:50 AM No comments: 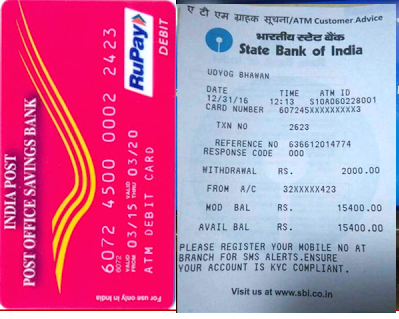