Dear Comrades,
On 12th June This Circle Union sent an email to Sri KV Sridharan, General Secretary and K.Raghavendran the then Secretary General regarding Circulation of the following two Un Ciculated Circulars issued by the department of Health and Family Welfare which are more useful to the Postal Employees. Our CHQ and Federation had taken up with the Directorate and one circular has been got Circulated by the directorate on 14/09/2010. Circle Union Conveys Thanks to Our General Seretary and Secretary General for putting their efforts in Circulating the un Circulated Circulars by the Department. 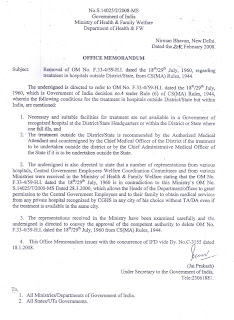 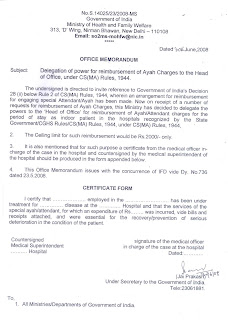 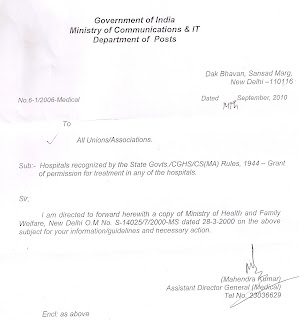 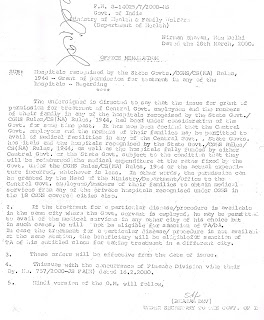 Posted by aipeup3ap.blogspot.in at 6:23 PM